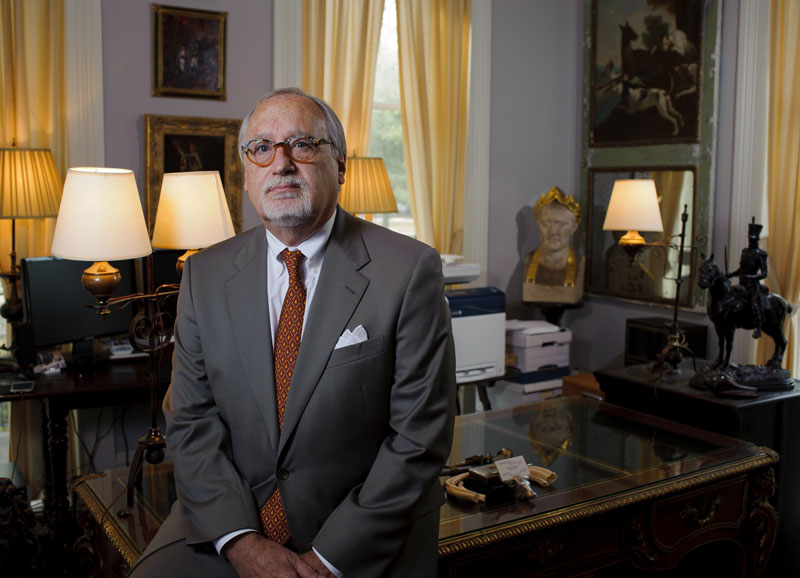 Mr. Emerson is a founding partner of Emerson Firm, PLLC and has been practicing now for forty years. He was born in Little Rock, Arkansas, and was raised there and in Houston, Texas. He obtained his Bachelor of Arts from the University of Texas at Austin and his Juris Doctorate from South Texas College of Law in Houston. He was admitted to the Texas Bar in 1980 and is now admitted to practice before the U.S. Supreme Court; U.S. Court of Appeals for the 2nd, 5th, and 8th Circuits; U.S. District Courts for the Northern, Southern, Eastern, and Western Districts of Texas; Eastern and Western Districts of Arkansas; Western District of Washington; District of Colorado; Eastern District of Michigan; and all Texas, Washington, and Arkansas state courts.

Martindale-Hubbell, a national authority in attorney reviews and ratings, for the past 20 years has awarded Mr. Emerson the rating “AV Preeminent” – the highest possible rating for legal ability and ethical standards.  Mr. Emerson was honored by being named one of the Top 100 Trial Lawyers in America by the National Trial Lawyers in 2013-2016.

In his personal injury practice, Mr. Emerson served as co-counsel in a catastrophic brain injury case involving alleged malpractice by doctors and staff at CH1-St. Vincent Hot Springs. This matter was settled under a confidential agreement in 2018.

Mr. Emerson is married with two children, three grandsons, and three dachshunds.  He enjoys the outdoors and has hunted and fished in the United States, Canada, Mexico, Honduras, Uruguay, Argentina, Botswana, and South Africa.  He is a member of Ducks Unlimited and is a Life Member of Safari Club International. He is also a Life Member of his University of Texas alumni group, Texas Exes.